What Is Aggravated Assault in Texas? 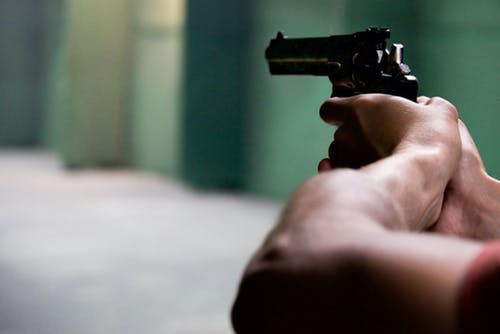 Aggravated assault in Texas is a severe criminal charge. These types of accusations are imposed on a person, who uses or threatens to use, a lethal and deadly weapon against someone else. Due to the serious nature of these charges, hiring a Houston assault lawyer is necessary for most people to make the best defense possible before a judge and jury.

There are various degrees of aggravated assault, each of which carries its own court treatment and penalties. Two common elements are repeatedly mentioned and factored into receiving an aggravated assault charge in Texas:

Serious Bodily Harm is an injury that crosses over from minor to significant effects. These injuries involve permanent scarring, disfigurement, loss of senses, fractures, or disability. Injuries that fall under this category are long-term.

Can You Be Charged Without Using a Deadly Weapon?

The other type of second-degree aggravated assault charge takes place when you are the source of a severe injury not involving a ‘traditional’ deadly weapon. For example, a person could be charged with a second-degree aggravated assault if he or she is angrily throwing an object that hits and severely injures an unintended person. In this case, a deadly weapon does not need to be present due to the nature of the injuries.

Do You Go to Prison for Aggravated Assault Charges in Texas?

Aggravated assault convictions can lead to time in jail. A first-degree charge carries a sentence of 5 years to life in prison. Second-degree charges can carry between two and twenty years in prison. When you consider these possibilities, you can see why carefully choosing a Houston assault lawyer is necessary.

In some cases, it’s possible to avoid jail time altogether. You could plea down to a lesser charge. Some defendants are offered delayed sentencing as long as you comply with the court ordered program ahead of you. This can come in the form of anger management classes and probation monitoring. An aggravated assault lawyer in Houston can help you understand what types of penalties if any, you are facing.

What Happens After You Are Charged with Aggravated Assault?

When you are charged with aggravated assault, you will be apprehended by the police and remain in jail until bail can be posted. You won’t have the ability to have contact with the alleged victim or any co-defendants if the case is pending. Speak to our Houston assault attorneys at Turnbull Legal Group to learn what fines you might face. You don’t have to go it alone.

At Turnbull Legal Group, our team of aggravated assault lawyers in Houston will fight for your case. We aren’t afraid to take your case to trial if that is the best solution for your situation. You can contact our office for a free case review by calling 832-314-3232  or completing our online form.